Motion sickness is characterized by symptoms of nausea and vomiting. Nausea and vomiting can be caused by motion itself or simply from feeling the sensation of motion, as when watching a movie or playing a video game.

Balance and equilibrium are maintained by an interaction among the inner ears, the eyes, pressure receptors on the skin, and motion receptors in the muscles and joints.

Motion sickness results when conflicting messages regarding spatial orientation and motion of the body are sent to the central nervous system. For example, reading a book while riding in a car may cause your eyes to send different messages than your inner ears do regarding motion. 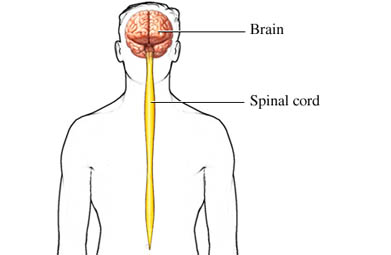 The most common symptoms include:

You will be asked about your symptoms and medical history. A physical exam will be done.

Symptoms of motion sickness usually go away soon after the motion stops. But, for some people, the symptoms can last a day or more. The main treatment for motion sickness is rest.

To help control vomiting, medications may be given rectally or through an IV. If motion sickness lasts a long time, fluids may be given in order to prevent dehydration .

Strategies to prevent motion sickness include:

Medication that prevents motion sickness should be taken as directed before you begin a trip or ride. These medications can cause side effects, such as drowsiness, lack of alertness, or trouble concentrating.

Repeated exposure to the motion that causes the sickness can decrease your symptoms. This treatment can take time and may be unpleasant.

There are steps that you can take to be more prepared:

For planes, trains, or boats:

Try to avoid amusement parks, virtual reality rides, and movies that may lead to motion sickness.