Skip to main content
Our COVID-19 Response
Get important health information and updates on our enhanced safety protections.
Resource Hub

Am I a candidate for weight loss surgery?

The St. Mark’s Weight Treatment center can help you restore your confidence and, more importantly, your health.

After you’ve completed your health risk assessment, you can print a copy of results to discuss with one of our bariatric specialists.

You may be a good candidate for bariatric surgery if:

You may not be a good candidate for bariatric surgery if:

The St. Mark’s Weight Treatment center can help you restore your confidence and, more importantly, your health.

The Weight Treatment Center at St. Mark’s offers four bariatric surgery procedures, which are approved by the ASMBS. 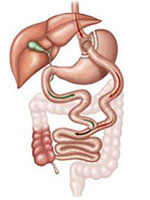 Roux-en-Y gastric bypass—or gastric bypass surgery—involves the surgeon creating a smaller stomach pouch. The surgeon then attaches a Y-shaped section of the small intestine directly to the pouch. This allows food to bypass a portion of the small intestine, which reduces the amount of calories and some nutrients that your body will absorb. Having the smaller stomach pouch helps you to feel fuller sooner and eat less food and may help reverse diabetes.

According to the ASMBS and the National Institutes of Health, gastric bypass is the current gold standard procedure for weight loss surgery.

Watch this video to learn more about gastric bypass. 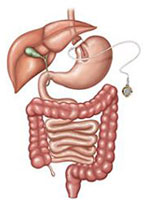 The gastric band, or LAP-BAND®, is a device placed around your stomach. During the procedure, the surgeon will also place a port under your skin near your ribs. The band can be adjusted through the port using saline. By adding saline, the band becomes tighter and helps you to feel full on smaller amounts of food.

The gastric band helps you feel satisfied sooner and with less food, but it will not eliminate the desire to eat. You will need to follow your specific diet and exercise guidelines provided by your surgeon to achieve success. Digestion occurs through the normal digestive process.

Your first gastric band adjustment usually takes place about four to six weeks after surgery, but varies from patient to patient.

Watch this video to learn more about lap band surgery.

A sleeve gastrectomy—commonly known as a gastric sleeve—is a weight loss surgery that involves removing 75 to 80 percent of your stomach. Your surgeon will divide and staple the remaining portion of your stomach, which will be about the size of a banana. A gastric sleeve allows for normal absorption of foods and digestion.

Watch this video to learn more about sleeve gastrectomy.

A duodenal switch, or DS weight loss surgery, is considered the most powerful type of bariatric surgery. It involves removing part of the stomach and promoting weight loss through malabsorption.

Learn more about having a duodenal switch at St. Mark’s

For specific bariatric surgery package pricing, or for more information about our weight loss programs, please call us at (801) 212-5921.